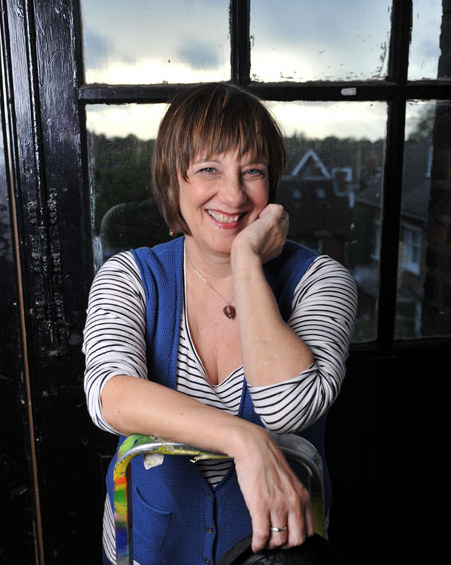 Why did you choose to write murder mysteries instead of thrillers, romances, historical fiction or some other genre?

If I were tempted by any other genre it would probably be historical fiction, as I am fascinated by the period detail and manner in which characters are influenced by events and circumstances. I love to read fantasy, but don’t think I possess the talent for world-building that top-notch fantasy requires. And while I enjoy reading a well written romance, I think I would find the restrictions of the genre too limited – you know the hero and heroine will get together in the end, no matter what else happens. Although one expects a resolution of the crime in a mystery, that resolution can come in surprisingly different ways.

Is writing a craft or a passion for you?

Both. The research and plotting is very much left-brained, a very logical process, and one that I think can be learned. The actual writing, the flow of words, description, dialogue—all of these are right-brained. That’s where the passion comes in. When writing is going well, it’s like being plugged into a cosmic socket. There’s no other experience that compares with it.

What motivates you to write?

Many things. I have an insatiable curiosity about people. I wonder what makes them tick, what their lives are like. Although I was certainly no child prodigy in the manner of JK Rowling, I can remember looking in lighted windows at night as a child and making up stories about the unknown inhabitants. Then there’s Britain itself, an endless source of inspiration for me. There are always places I want to explore in my imagination.

And then there are the words themselves, the addictive process of putting words on paper (or screen, as the case may be), of language unfolding.

Oh, and it does pay the bills!

Who has fostered your career and encouraged you?

My late uncle, the Texas writer and historian A.C. Greene, always encouraged my writing efforts, even my adolescent attempts at poetry, and he was extremely proud of my success as a writer.

And the late Warren Norwood, my friend and first real writing teacher, who taught me the business, honed my craft, and even more importantly, helped me believe that my writing had potential.

I usually go to Britain two to three times during the course of a book. I’ve chosen the setting when I make the first trip, so I use that time to survey the area, take photos and notes, acquire research materials like local maps and books, and generally get the feel for the book. Once home, I spend several months researching, plotting and outlining. Then, when I’ve actually made a good start on writing, I need to make at least one more visit to check details I know I will need in the now-outlined plot and absorbing a bit more atmosphere. I also try to block out writing time in the UK. I've finished several of my most recent books while staying in London.

When you begin writing each book, do you know what the characters, or at least the primary characters, are going to do in the plot? Does the finished book differ from the original plot?

As far as the continuing characters are concerned, I usually have a story arc in mind that spans a couple of books, but there are always surprises. When I started the series, for instance, I didn’t know that Gemma and Duncan would become romantically involved, although I think the possibility had begun to dawn on me by the end of the first book, and certainly by the end of the second book. I also didn’t know that Kincaid had a son by his first wife, and that has been one of the most interesting developments of the series.
With the characters in each specific book, I usually know what I intend them to do from the very beginning. That said, some have developed in unexpected ways, so that by the end of the book I've found it necessary to change the plot to accommodate those changes. And some of my minor characters have been known to run away with things, which is always great fun.

Where do you get the names for your characters?

I often watch the credits on British television shows and movies. I never borrow a name in its entirety, however, but mix and match different first and last names. Sometimes I really struggle to name a character, changing the name several times in the course of book until it feels right; sometimes they seem to name themselves without any effort on my part.

Are the characters in your books patterned after people you know, people you have met or are they constructed entirely in your imagination?

A little of all of the above. Some from my imagination, others from people I have met or read about, or jobs and settings that friends and acquaintances have talked about.  And I think all characters are drawn in some part from an author's own life and emotional experiences.

Do you have a favorite book among those you have written? If so, what makes it your favorite?

That’s a very tough question. That's a bit like asking a parent to choose between children. Every book represents at least a year of my life, and an exploration into new and interesting territory. There are all special in different ways.

How long does it take to you write a book?

Longer than anyone would like. I try to finish a book in a year, but I think over the life of the series I've averaged between twelve to eighteen months. I would love the luxury of taking two or three years on a book because it's hard to squeeze in the research time, trips to England, publicizing the current book, and the writing process. Unfortunately – or fortunately – my books are now almost twice the length they were in the beginning, but still must be written in the same amount of time, or less.

Do you write whenever you feel like it or do you adhere to a schedule?

For me, writing a book is like training for a marathon. In the early stages I spend more time reading, plotting and researching, so that an hour or two a day of actual writing is a good day. As the book gains momentum, I write longer and longer hours, until near the end I might write as much as twelve or fourteen hours a day. That's grueling, but also exhilarating, because at that point I'm so immersed in the story that I eat, sleep, and breathe it.

Where do you write?

I have a lovely office at home, but in nice weather like to write in my sun porch, where I can see into the back garden, or in very nice weather, out on my deck. I also like writing in cafes and coffee shops. I find the white noise and activity stimulating. It's a way to block out distractions--or at least other obligations--because with free wi-fi and smart phones the internet is never far away.

Do you use a computer or write by hand or both?

I carry a notebook with me, especially in London, but much prefer the keyboard. I can type faster than I think (I suspect this means I don't think very fast) while my handwriting is dreadful. Still, in a pinch, anything that gets the words down will work. I've written the first draft of the last few books using Scrivener, a writing software program, which I love. It's a great help in organizing the material.

Do you seen an end to the series?

It seems the more I write, the more story ideas I have. Duncan and Gemma's lives continue to fascinate me, and now there are so many other continuing characters that I want to write about as well. So as long as readers keep reading, I intend to keep writing.